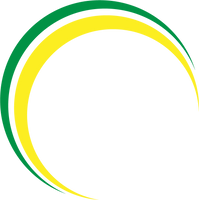 SunDrive is an Australian solar technology start-up on a mission to unlock solar’s full potential. Only 1% of the world’s energy needs are currently met by solar, yet today’s solar technology is fast approaching its limits in terms of solar cell efficiency, costs and material scalability. The common denominator behind these limitations is the use of the precious metal silver (20% of the world’s industrial silver consumption is due to solar manufacturing). SunDrive has developed a novel copper-based solar technology to address these limitations - copper is 100x cheaper per kg and 1000x more abundant than silver. In September 2021, SunDrive produced the world’s most efficient commercial size solar cell using its copper technology, showing that higher efficiencies can also be reached. Having demonstrated the potential of its technology, SunDrive is now gearing up for large scale pilot manufacturing.

Founded in 2015 by two university flatmates and backed by some of Australia’s top venture capital firms (Blackbird, Main Sequence, Virescent, Grok), tech founders, and the Australian Government, SunDrive has grown from a small PhD project in a garage to now producing world leading solar technology.